By Reuters   |   04 June 2018   |   9:17 am
Share on Facebook Share on Twitter Share on Google+ Share on WhatsApp Share via Email
Jordan's King Abdullah was expected on Monday to ask Prime Minister Hani Mulki to resign in a bid to soothe widespread anger over economic policies that has sparked the largest protests in several years, according to political sources.
In this article:
Hani MulkiJordanKing AbdullahPrime Minister 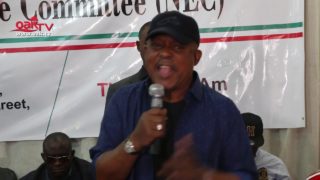