By Reuters   |   08 June 2017   |   2:18 pm
Share on Facebook Share on Twitter Share on Google+ Share on WhatsApp Share via Email
An attack by Boko Haram jihadists on the northern Nigerian city of Maiduguri killed 14 people and wounded 24 others. It's said to be the group's most serious assault on the northeastern city in a year and a half.
In this article:
Boko HaramMaidugurinorthern Nigerian 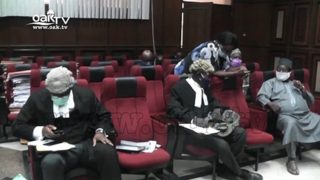