By Reuters   |   25 April 2018   |   3:51 pm
Share on Facebook Share on Twitter Share on Google+ Share on WhatsApp Share via Email
Following the denial of Senate delegation to see Senator Dino Melaye at the National Hospital, Abuja, Senate Deputy leader, Senator Bala Ibn’Nallah has revealed that there was a standing order by the Inspector General of Police that only Senator Abu Ibrahim and Baba Kaka Garbai be allowed to see Dino on his sick bed.
In this article:
AbujaPolicesenator 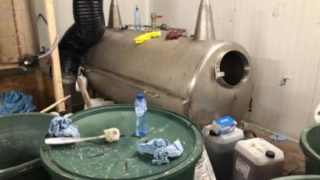