By Reuters   |   31 July 2017   |   5:45 am
Share on Facebook Share on Twitter Share on Google+ Share on WhatsApp Share via Email
President Vladimir Putin said the United States would have to cut its diplomatic staff in Russia by 755 people and that Russia could consider imposing additional measures against the United States as a response to new U.S. sanctions approved by Congress.
In this article:
congressPresidentRussiaUnited StatesVladimir Putin 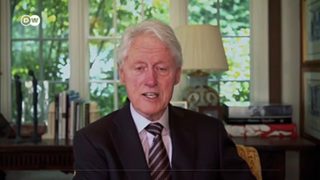