Lessons from the U.S. election II Inside Stuff

By Guardian Exclusive   |   07 November 2020   |   3:47 pm
Share on Facebook Share on Twitter Share on Google+ Share on WhatsApp Share via Email
As the world awaits the official verdict on the United States presidential election, multi-award-winning columnist and Executive Head of The Guardian's Editorial Board, Martins Oloja, in the latest instalment of Inside Stuff, takes an analytical look at the lessons Nigeria should learn from the election and why Africa's most populous nation should finally jettison the unitary system of government it began in 1966; a system which has disrupted the process of development in the country.⁣⁣ ⁣⁣
In this article:
AfricaanalysisGeneralElection #GuardianTVMartinsOlojaNewsNigeriaNigeriansPoliticsPresidentialElectionTGNInsideStuffTheGuardianNgUSelection 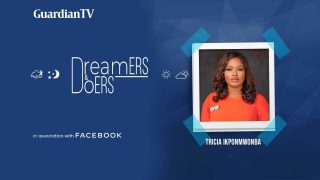